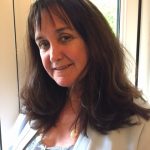 Geraldine spent many years as a well-known human interest journalist. She specialises in emotional storytelling and has written hundreds of human interest stories for leading national newspapers and magazines. She also devised and interviewed for human interest films on national television. Her films were taken up widely by TV networks around the world.

Her book ‘Survivors’ was published by Pan Macmillan and featured her interviews with 70 survivors of disasters. The book received widespread publicity and was also made into a series of films for the BBC. It was serialised in the Daily Mail and Marie Claire magazine.

She then went on to establish and grow a public relations and communications consultancy with clients throughout the UK. She has experience in sectors including retail, leisure and health.

Real People combines her skills as a human interest journalist with her expertise as a public relations and communications specialist. She has an innate ability to align emotional storytelling alongside brand strategy. The result is truly relevant and compelling content.

Expertise Tailored to the Client’s Needs